See what I mean?

Ouch, I say! And that's after more ice! Granted, it's not as bad as when I actually broke it, but you kind of expect it to settle down after six months. But, I've been told it's strong and that true healing can take at least a year. I think I'll focus on doing a few things here that I can sit down for.

PS: The dark spot on my toenail is from where the car ran over my foot. It was originally in the centre of the nail. Oddly enough, that toe did not break. Rather, I had breaks in the second and third metatarsals (which we allowed to heal naturally), and a fracture of the medial malleolus, which required an open reduction and internal fixation, in which two screws were placed in my ankle at the fracture to stabilise it. I think that latter happened as the car itself (which had my foot trapped under its wheel) hit into my leg. All in all, despite everything, I came out very lucky, for getting hit by a car. 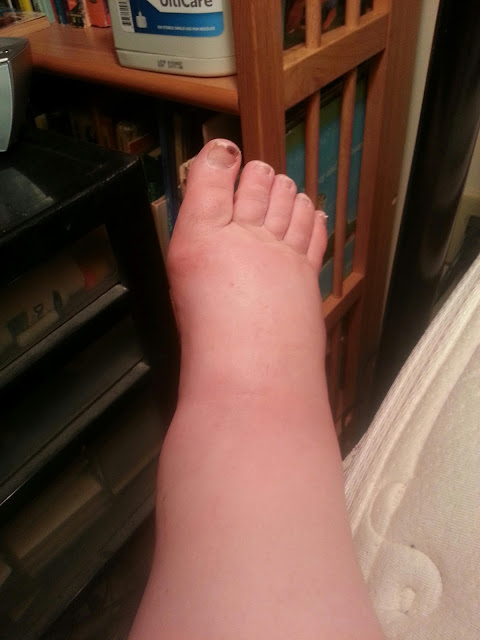