Tomorrow night is Jewish New Year, known as Rosh Hashanah.  This year it also falls on the Jewish Shabbat, or Sabbath. I'm not Jewish, I wasn't raised Jewish, so I never got any instruction on how to make good challah (my main contribution to the Sabbath meals is making bread).  Fortunately for me and others, there is the Internet.  So I googled a four-braid round challah. A round challah is traditional for Rosh Hashanah,  I've heard different reasons for it.  But nevertheless, there you are.  It represents the wheel of the year, which is seen as cyclical.  It also represents a crown of God.  Some people just make a long coil and put it in a spiral like a snail's shell.  Others, however, do a round braid.  (Challah is often braided, as I've shown I past posts).  So I decided to do the round braid, and instead of the apples I meant to use, I did raisins (which are also traditional, as it represents the sweetness of the new year).  For each loaf, you make a rectangluar coil and then roll it out flat, then put raisins  on the dough and roll it up into a long coil.  You do this four times, then you braid the challah.  I've found instructions all over the internet.  The first loaf I tried was kind of haphazard.  The second was much better.  They're rising now and will be ready to bake about 11 pm.  This is also the best use I've ever for my Pampered Chef rolling pin I got years ago, which has two narrow rollers, as it didn't take up as much of my workspace (I was doing this all on a floured cutting board for easier cleanup). I got the roller years ago at a party and literally have used it maybe twice. :) So it was nice to use.  Here are the pre-rise pictures of the loaves, as well as a picture of the rolling pin. 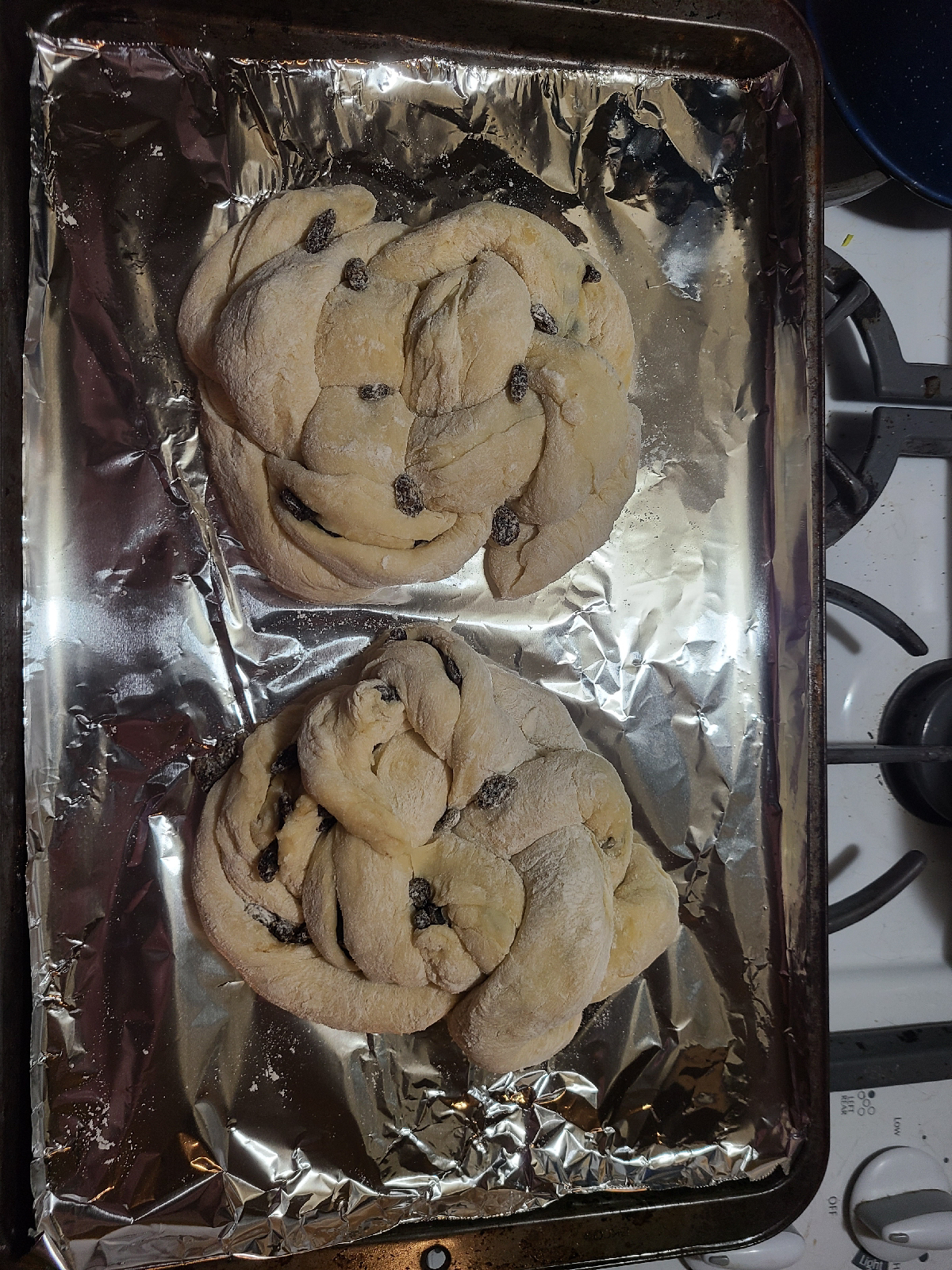 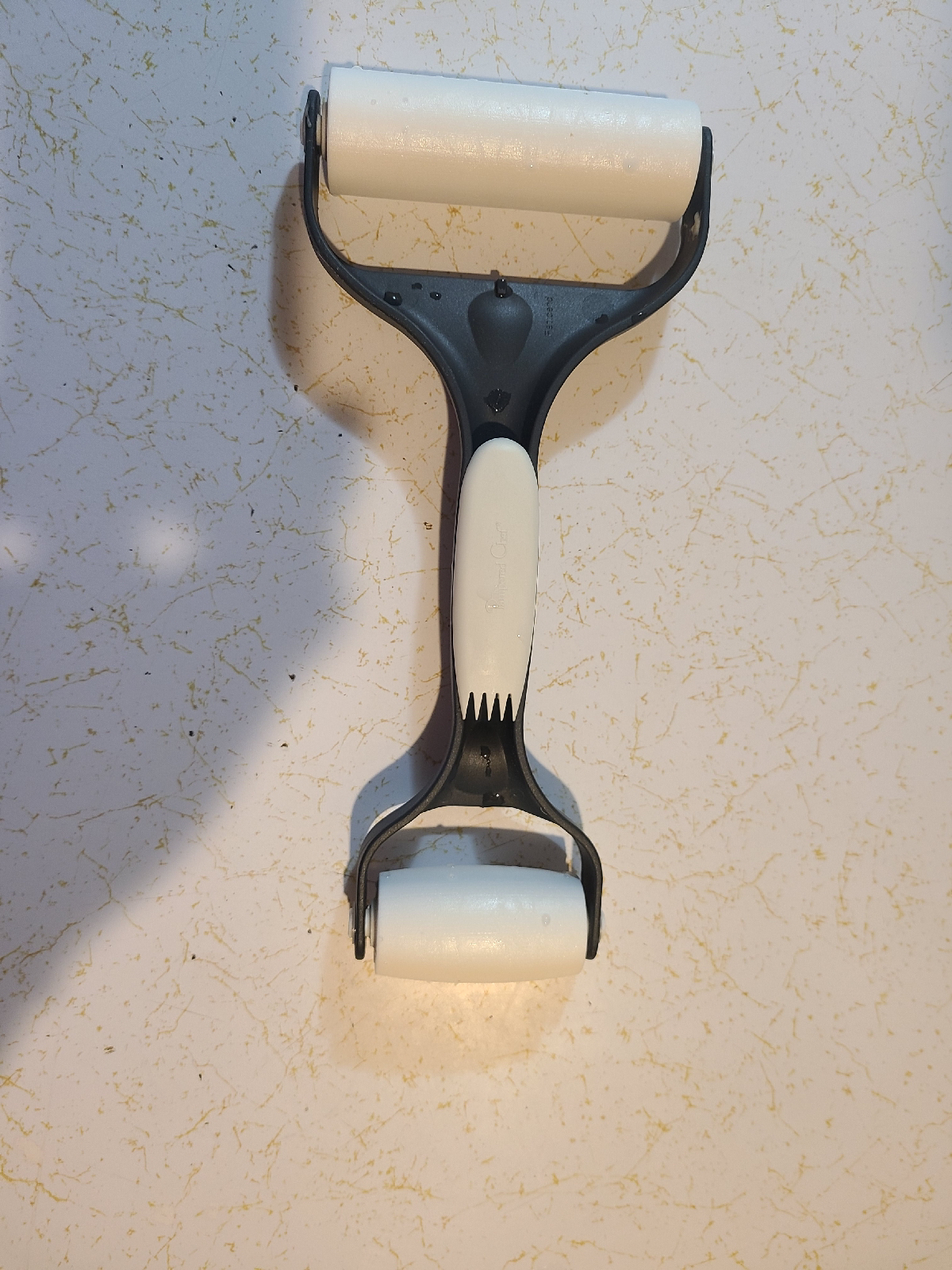 I got the cast and boot off! Now I just have a compression bandage that comes off and I can take a normal shower and soak my feet to get rid of all this dead skin. Yay! 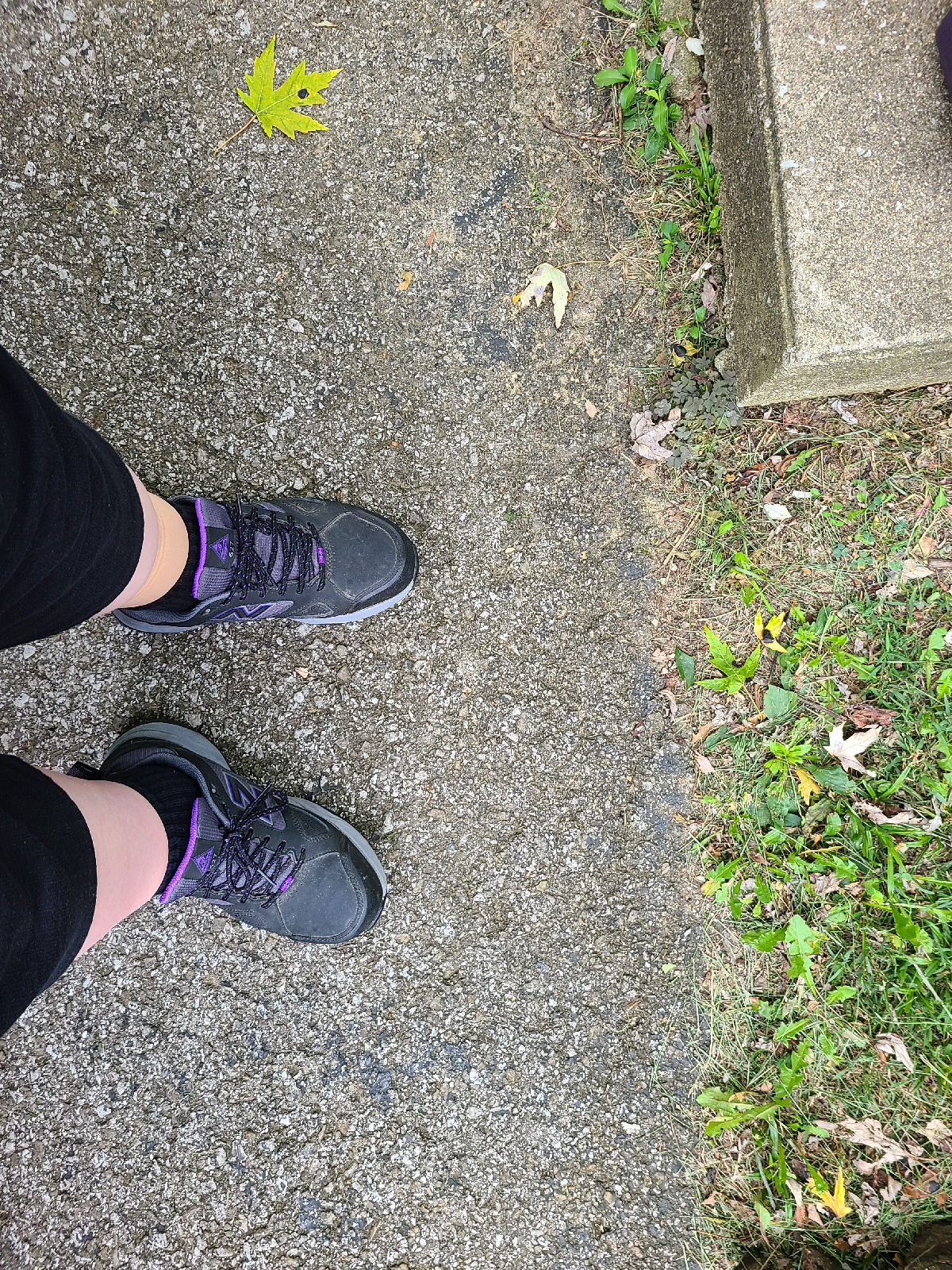