This pretty much describes things perfectly around here

We're up to 169 cases in Kentucky, 4 deaths.  Our governor is taking steps to help flatten the curve, but we are, of course, still part of the upward swing one would expect at the beginning of a pandemic.  Still, we're doing better than a lot of states surrounding us, so that's a positive thing.

Starting tomorrow I have a new work schedule, where we've divided into teams.  My team will work Wednesday through Friday, then Monday and Tuesday, and then the other team will take over for the next span.  At least in doing so, we're spreading people out and halving the exposure to the world outside our homes.  We have options to take the off-days with paid time off if we have it (I do, for about two months of this, anyway, so this is my choice), taking it without pay, or supplementing income by working with other departments in the meantime.  If one of our team members gets the virus, we would all quarantine, leaving the other team able to do essential tasks.

So no one's being laid off or anything.  Those without PTO are also allowed to go into the negative, they just can't take normal PTO until they get back into the positive.  It's a reasonable plan.  I'm not sure if the third option above really helps with limiting exposure, but for those without underlying issues, that may not be such a problem.  However, with mine, I'm going to stay home on days I'm not scheduled.  That's five days (seven with the weekend) at a time that I don't have to take the parking shuttles or anything.  And all of the departments are doing a version of this, worked out with their managers, so that pretty much halves the number of people in the building.  And some are working from home--I just couldn't because of the amount of patient health information I deal with (virtually everything I touch is protected information).

We were scheduled to start this tomorrow, and I was supposed to be at work today, but my car wouldn't start this morning.  I have almost nothing in my bank account (22 cents, to be exact, but hey at least it's positive), so I can't do a thing about it till Thursday.  I don't think it's the battery.  My roadside assistance is in jeopardy due to the tow I had in the fall and then the two to do with the tyres, so I'm afraid to use that.  I was planning on transitioning to AAA, but that's been put off as I'll have to fix the car.  If it isn't one thing, it's another.  I was already looking at fixing the front brakes this weekend. :(

Okay, that's enough for now.  Hope you got a laugh out of the video.  We need things like that to keep us sane during all this.  Take care, and stay well.

So it's been a week

Kentucky is up to 87 cases and 3 deaths.  But I think our governor, Andy Beshear, is acting appropriately and quickly to try to 'flatten the curve' of infection.  That refers to a much-used graph comparing the response of Philadelphia, Pennsylvania and St Louis, Missouri back in the 1918 pandemic of Spanish influenza.

In that graph, Philadelphia's spikes quickly and far beyond the capability of the medical community to respond.  Among other things, Philadelphia held a parade right as the flu started to spread in their community with 200,000 in the crowd.  Things rapidly escalated.  In St Louis, they worked at reducing the infection and slowed the rate that it was happening, and stayed a flatter curve, right about or under the medical community's capacity.  People still got it.  People still died.  There is even an uptick on the graph and one point as the cases were going down, as people began to loosen their reactions.  But it worked, for the most part. 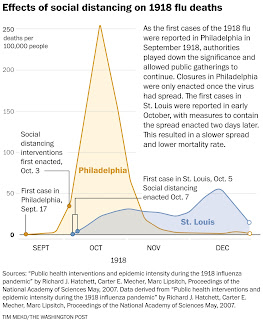 Gov. Beshear is giving daily updates at 5 pm, and has also geared parts of the update to children or to dealing with the mental effects of the pandemic.  The numbers have climbed since the first case was detected in the Commonwealth on March 6th, and testing is becoming better.  Testing has been a barrier here in the US.  It's hard to get tested unless you are very symptomatic and in the hospital, so we're missing a lot of cases that are not being quarantined, most likely.  But the testing is getting better.  Today the FDA announced a rapid point-of-care test approved that can give results in 45 minutes.  That's what we need.  It should start shipping next week.  And we need them in great numbers.  In Italy, which has been absolutely devastated by the disease, a town of 3,3000 where everyone was tested was able to quarantine those with the disease--including the ones without symptoms--and halted the infection.

Now Kentucky has 4.468 million residents as of 2018, according to Google.  That's a lot to test, but not as populous as some.  The governor's aim is to get testing so that anyone who feels they should be tested either due to symptoms or exposure has the opportunity to do so.  That's laudable.

Another graph I find interesting is the difference between Kentucky and neighbouring Tennessee and their response: 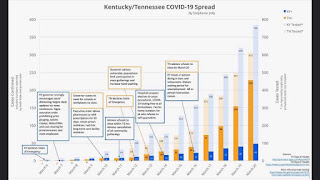 Granted, it's early yet.  But unfortunately, the federal response has been sluggish and so different states are basically issuing their own rules, and some are responding better than others.  For example, the governor of Michigan has exempted churches from the ban on 50+ persons gathering.

This is what I posted on Facebook on that subject:


I'm not Christian. My faith doesn't really have a 'church' or 'synagogue' or 'mosque' or 'temple'. Our temples were either destroyed years ago or are tourist attractions these days. Mine is a more solitary spirituality.
However, I care about people's ability to worship in these trying times. And no, a building is not the church, or synagogue, or mosque, or temple. Remember the old children's rhyme/fingerplay where you say, 'here's the church, here's the steeple, open the door and here's the people' and you wiggle your fingers, the people? They're what matter. Protecting the lives of members of congregations matter. You can still be religious. You can still interact from a distance. You can still pray. God and/or the Gods will understand. You can still be a faith. Just think of staying home as a way of doing a good thing, a blessing. In Judaism, it's called a mitzvah. You are doing something good for others, and it costs very little. Stay safe. Make sure you don't pass it to others. And keep the faith. 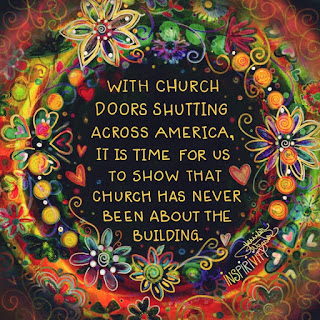 Finally, there's the mental health issue with all these cases, deaths, and restrictions. I found this helpful: 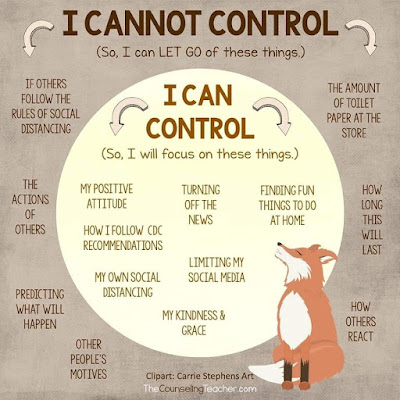 I have OCD and anxiety disorder. I think this has a lot of good advice, although it's really hard to unplug from social media, as some things (like changes in hours or scope of operations and meetings cancelled) I've only found on Facebook, etc. Just remember, take care of your mental health, too:

Coronavirus: How to protect your mental health

Okay, I guess I'll sign off for now.  Just remember, Gov. Beshear is right.  We are all in this together.  #TeamKY #TeamUSA #TeamWorld

because it seemed appropriate, I downloaded Daniel Defoe's A Journal of the Plague Year on Kindle, first published in 1722 and covering the great bubonic plague of 1665. 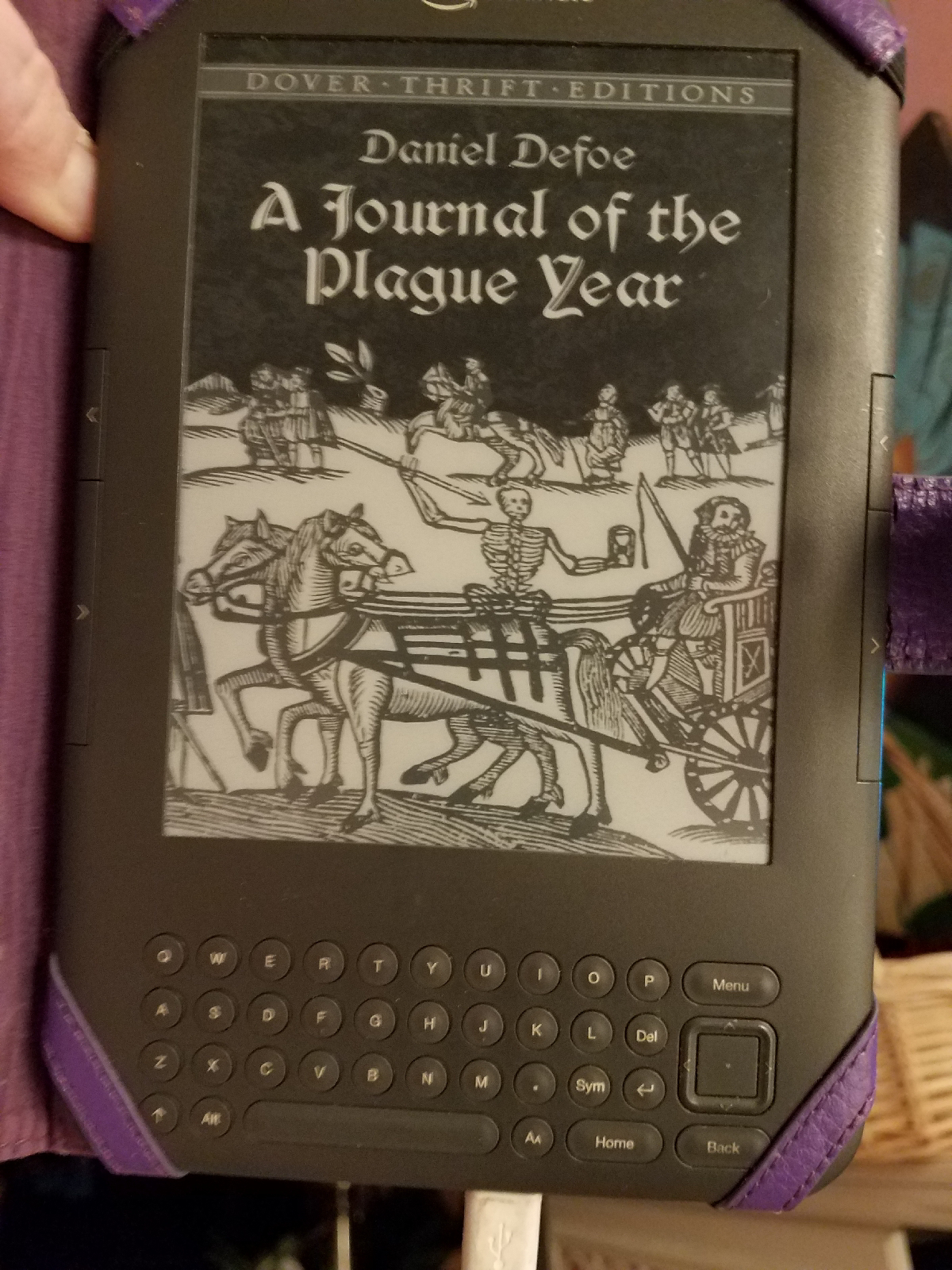 I was planning on going

to an orchid society meeting today.  But it's be been cancelled.

As have most things.

On Friday, March 6th, Lexington announced its first case of novel coronavirus (COVID-19).  It was a person from neighbouring Harrison County who had worked at Wal-Mart, and she was being treated by the University of Kentucky in isolation.  That first patient was released yesterday, recovered.  But we're up to eleven cases here in Kentucky.  In the last few weeks, the cases have increased throughout the country.  Here in Kentucky, like many places, because there is no cure and still not a lot is known about the disease, we are practising social distancing, so many events have been cancelled, as have schools, churches, and other places with denser contact.  When the schools were cancelled for about three weeks (including not only colleges but public schools), people began losing their collective minds there.

The first to go out of the stores was soap, hand sanitiser, bleach, and oddly enough, toilet paper.  You can't find the latter anywhere.  Even online they're all at a premium.  That happened as soon as there was a case here.  Things had been relatively quiet up to that point, when the virus was in Asia, Europe, the West Coast here in America.  Once the schools were closed, it really came home to people that they might be stuck for some time at home.  Sports tournaments were cancelled, events were postponed, even small gatherings like the one I was going to go to.  The local and state authorities are asking us to do this.  Because so many deaths are among the older folk and those with underlying conditions, nursing homes have suspended visitation and hospitals are limiting visits.  I work for a tertiary-care hospital and we have implemented certain policies and practices to help protect our patients, families, and workers.  I'm getting e-mails from various businesses, from hair salons to banks, to just about anyone I do business with, as to what they're trying to do to help contain the threat.  All through this, people are trying to live and work as normal.  But there is disruption, and this is just the beginning.  Looking at the maps daily, there are very few states not reporting cases, and a lot of those are in states with compromised health care and of course, all the cases are being terribly under-reported because testing in this country has been woefully inadequate so far, meaning statistics like infection rate and mortality rate could be skewed.

When the cases first began in Wuhan, China, doctors' warnings were suppressed by the Communist government.  Now there are accusations that the testing fiasco here in America is linked to the election-year need for the incumbent president to have low numbers overall in terms of infection.  So there are political factors at play.

Reports out of Italy, where they've had a crisis going on for weeks and the northern part of the country is under quarantine, are grim.  There are stories of doctors using short supplies for the younger, healthier people who have a better chance to survive and letting those who are not die.

So things have been grim and will no doubt worsen.  I thought I'd go ahead and address some of what's been going on here.
Posted by Eilir at 12:23 No comments:

This is an excellent video that we were shown at work this morning.  It explains COVID-19 well.

For three appointments today. I had to be at the orthopaedic surgeon's office at 8:15 am for an MRI of my knee.  Now I'm with a friend at a colonoscopy as the driver.  We got here at 11:45 am (arrival time was noon) and he just went back about 1 pm or 1:10 pm.  Then once I get him home and asleep I'm going to try to go to a therapy appointment at 4:30 pm, if he's just sleeping, for an hour.
Posted by Eilir at 13:21 No comments: