I am so saddened 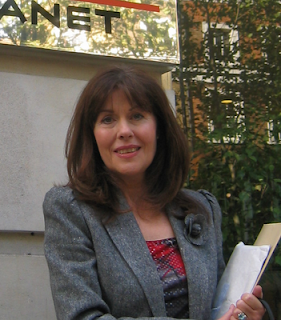 I grew up watching Elisabeth Sladen as Sarah Jane Smith, who went on wild adventures with the Doctor. She'd started with the Third (Jon Pertwee), and then continued with the Fourth (Tom Baker). Later she made appearances with the Tenth (David Tennant) and Eleventh (Matt Smith), and had her own series, 'The Sarah Jane Adventures', a children's show where she, K-9, super-computer Mister Smith, and young teens protected the Earth from alien incursions, using such splendid things as a sonic lipstick. It was great fun and well done, and she brought her classy pluck to it with great vigour.

Sadly, Elisabeth Sladen passed away this morning from cancer. She was 63, but looked very much the same as she had back in the 70s--she had a timeless beauty.

'The Sarah Jane Adventures' ran for four series (that's seasons in America), wrapping up in 2010. A fifth had been planned. The last episode of the programme was, somewhat prophetically entitled, 'Goodbye, Sarah Jane Smith'. Of all things, I heard the news on Facebook, because I 'liked' Doctor Who and get updates about the show. I immediately called YKWIA, who also loves Doctor Who and introduced me to her show. He was very saddened as well. Neither of us knew she had been battling her illness for some time.

Goodbye, Elisabeth Sladen. Thank you for all the wonderful times you gave us.
Posted by Eilir at 20:39