The funniest thing I saw all weekend 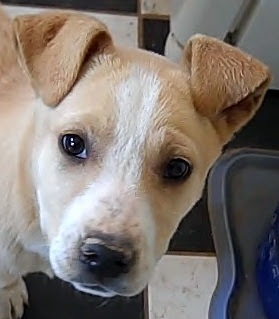 Since it is obvious that the puppy is going to be a chewer, three Nylabones were purchased, one for each dog. Upon being given a bone, the collie-shepherd dropped hers and went off to herd the others. The border collie-terrier took hers for awhile but quickly became bored. The puppy? The puppy collected every single one upon her blankie and then gnawed each in turn like she was playing some sort of strange doggie xylophone.

I didn't see it, but also, apparently, she's grown enough in a week that she can now stand up and look at the world outside, with which she is fascinated. She's also started actually barking at things, especially cranky cats who hiss at her when she wants to play.