Got the results of the MRI today 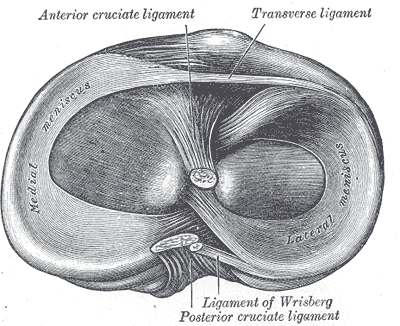 And it wasn't good. My medial meniscus is, to use the surgeon's term, 'shredded'. It will not get better with time or physical therapy according to him. Plus, I do have some arthritis. He said that if I were older he'd recommend a knee replacement, and that may be down the road anyway. But he definitely wants to do an arthroscopic partial meniscectomy. So we've gone ahead and scheduled that, with the proviso that I can find someone to drive me there and home. The surgeon's going out of the country for a bit, so it'll be near the end of the month. The idea, barring complications, is that I should be able to have the surgery on Friday, recover over the weekend, and drive by Monday or Tuesday, so long as I'm not on any narcotics, and most people take those for only about 72 hours, according to the nurse educator there. I'm usually very sparing with those anyway, and normally don't go through the full prescription, so here's hoping I'll be fine and driving and not miss work. I shouldn't have to have a walker or such, and hopefully the three steps that were so much trouble after my ankle surgery won't be an issue, as I can be weight-bearing as soon as I can tolerate it. Here is a video that demonstrates what they basically do:

I'm going to double check with our agent, but I think I basically shot myself in the foot (figuratively) with AFLAC, because when I went down on the floor to do the cleaning in May, I did twist some and immediately had pain, so that was what did it, but I thought maybe I'd just sprained my knee a little, and was able to walk, so I didn't seek medical attention via the emergency room or even my regular physician when the week began until it was obvious it wasn't getting any better. I think there's a time limit, something like 72 hours, to do so. I injured myself on May 17th and didn't go to the doctor until June 10th and the specialist till June 24th. So even though I have an injury that would normally be covered, has resulted in an MRI and will need surgery, I don't think I meet the requirements due to the time limit. Drat. But I'll double check to be sure. And my hospital coverage doesn't kick in because this will be done in an ambulatory surgical centre. Oh, well. It would have been nice. This is exactly why I pay premiums each pay period.

Okay, even though I just got home a little while ago and finally ate dinner, I'm going to go on to bed. A friend has an appointment tomorrow and I have to get him there by 7 am. He is not a morning person, so I'm going to go over around 6 am (meaning I should get up by 5 am) and hopefully help him get going. The nice thing is then I'll go into work, put in a full day, and I'm off both Friday, the Fourth of July, and Monday, so it'll be a four-day weekend. That's all the vacation I can manage, especially with the surgery coming up, but it's something. Unfortunately, the knee issue is going to keep me from going downtown to the Fourth of July festival during the day Friday, but I'll head over to the hospital where I work to watch the fireworks from the country club across the street that evening. We can park in our parking lot with our badges, rather than out on the street, and the front lawn is a great place to catch the fireworks. The weather is supposed to be great, with no chance of rain and cooler than the heat we've been having.
Posted by Eilir at 22:00