The house is kind of lonely tonight and I'm sad, but

relieved as well. Cerys was put to sleep a little after 5 this afternoon. She had to be carried to the car and into the vet's because she couldn't stand on her own. She would never let me carry her before she went downhill. The friend who went with me was shocked by how fragile she had become, I think, and of course she didn't really seem conscious of either of us, although I think on some level she recognised she was loved and was being petted.

They gave us some time to comfort and love on her and then Dr Vice came in and we discussed how she'd been the last couple of days. He confirmed our suspicion that she may have had a stroke. He said I was absolutely doing the right thing; in dogs of her age, even if they can get some improvement they usually see the same thing happen a week or month later. He gave her the injection. She went very quickly, making little 'grr'ing noises. Cerys always had such cute noises. Dr Vice left us alone for a little while. It was disconcerting that after she was gone, as the muscles relax, she seemed to gasp several times, but I knew it was just a reflex the body goes through after death. Her bladder relaxed as well. We left her there. I think that was the hardest thing; but she was only a shell--the dog I loved was gone.

I can only hope that somewhere her spirit, loosed from her elderly body, is frolicking with her 'big sister' and at peace.

We went out to eat and talked, and I came home for a little while and that wasn't so bad. Then I went to watch the Heroes premiere--I needed some distraction. But now I'm home again, sitting in an empty house, and it seems so strange to not have her here. I think she's her in spirit, though, because I don't truly feel alone.

I just want to say you were my first dog of my own, my 'beloved one'. You were a reliable companion who was there for me when most people weren't. For all the years of joy you gave me, my Care Bear, I will always love you. Rest in peace.

Here are two pictures I've used of Cerys on this blog before. I'll see if I can find a better one, with her face showing better, of when she was young and scan it in. 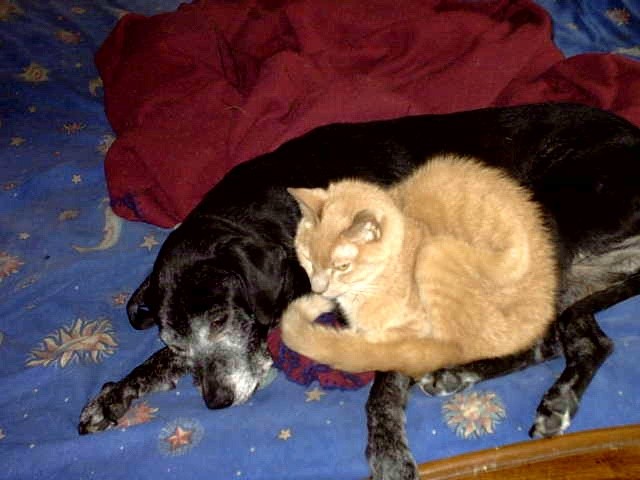 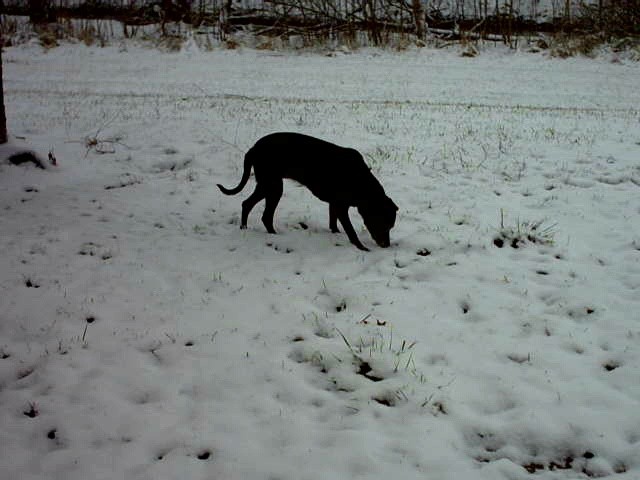 PS Today's radioplay was 'Double Zero'.
Posted by Eilir at 22:52