Well, persistence has led to me actually running Windows 10 on the desktop 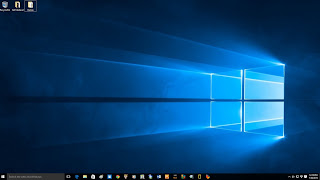 A Microsoft Forum Moderator, Robhit Chettry, suggested for those of us who are having problems getting past the compatibility tool on the GWX ('Get Windows 10') application, to install Windows 10 using the Media Creation Tool. So I followed the instructions. I was a little concerned because while I have the product key for Windows 8 when I purchased it from Microsoft, the Windows 8.1 key is often embedded in the BIOS, and while there are tools for that, I didn't want to pay to get the features I needed from one that was suggested on the forums. So I decided to do what I could and wing it, and it installed, and it's not showing a request to activate or anything in the PC settings. So...I think I did it! We'll see if I can do it for the laptop as well. But I'm including the link for those of you who just want to download the files and go ahead and install, rather than waiting. The Media Creation Tool allows you to either run the Windows upgrade, or burn it onto a DVD/download onto a thumb drive for installation onto another PC. I hope this is helpful. It seems to have worked for me. I'm even trying out Microsoft's Edge web browser, which is on first look much better than Internet Explorer, and it allows you to take notes on the pages. Okay, going to go do some exploring and then finish working on some things with the house. Thanks for putting up with the complaints. :)

PS I did get a fun old game I love, Get Medieval, which is a Gauntlet-type game with a fake Arnold Schwarzenegger voice going on about girly spiders, among other things, going even though the same game wouldn't play on Windows 8.1 using compatibility mode because the game is 32-bit and my system is 64-bit. But this at least loaded; I just need to remember how to play. :)

On a side note, Microsoft Edge (the upgraded browser replacing Internet Explorer) just froze when I tried to add the screenshot to this post. We'll see if that continues to be a problem. I just popped back over to Chrome and it works fine. :)

Update: I did some digging as as long as you are upgrading from an activated version of Windows, it doesn't look like it should ask for an activation key. And everything is done like to like, so for example, I had Windows 8.1 Pro on the desktop, so it's Windows 10 Pro. My notebook is standard Windows 8.1, so it'll go to Windows 10 Home, hopefully. Also, if like me you had Windows Media Center, which allowed the playing of DVDs, it is not included in Windows 10 (I had to purchase it separately even for 8), but they're supposed to give you a free DVD-playback application, if not immediately, then soon, like the first update after install. Or you could use something like VLC, which I use on the notebook with Windows 8.1.
Posted by Eilir at 11:26