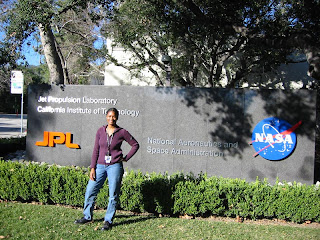 A friend works at the Jet Propulsion Lab in Pasadena, California. Here's some great news for them today:

Mars Craft Succeeds in Soft Landing: Phoenix to Begin Search for Signs of Life Beyond Earth

And as an interesting footnote:

In addition to its sophisticated cameras, soil retrievers and mini-laboratories, Phoenix carried on its journey a mini-DVD created by the Planetary Society called "Visions of Mars." It holds a library of science fiction stories and art, as well as the names of more than 250,000 people.

The DVD, featuring the likes of Carl Sagan, Arthur C. Clarke and Ray Bradbury, is made of material designed to last for hundreds, if not thousands, of years.

PS Tracy's big project has been the Mars Reconnaissance Orbiter, which arrived at Mars in 2006. I'm not sure if she's part of this project or not, but I always think of her when I hear of this sort of thing. I came across this feature on Tracy. She's very talented, and probably the most driven of the lot of us.
Posted by Eilir at 03:33