So I'm about two-thirds of the way through my third 'week off' due to Coronavirus, as I alternate being at work for a week and a week off. The first couple of weeks off I used personal time off, but I was rapidly using that to try to deal with it, but this time I broke down and applied for unemployment benefits since my hours were reduced by half. Since that could take awhile, I'm not sure how financially that will work out. It seemed a better idea since I'm not sure how long we'll be operating on this plan. The governor is opening things up very slowly, starting with healthcare, but it could take some time to get back up to normal levels, and even so, we need to do it gradually to protect patients and staff.

I'm actually getting ready to listen to Governor Beshear in just a couple of minutes. His 5 o'clock briefings have become part of the routine for many Kentuckians, as it is carried on TV, radio, and online in many media settings. He actually took off yesterday for the first time since this began with Kentucky's first case.

I've been home except for going to the grocery, pharmacy, or pet food store. Yesterday I did some re-potting of plants. Two friends, Brenda and Feliz, dropped off plants for me in a socially distanced way, where I didn't get out of the house. Brenda gave us a hyssop plant and a dill plant. Feliz had some really tiny cherry tomato and jalapeño plants, just sprouted, and I put them in pots, which I'll have to re-pot as they're going to get bigger, I just got them out of the cups they were in. I also potted up two African violets I got at the grocery during a run for essentials. 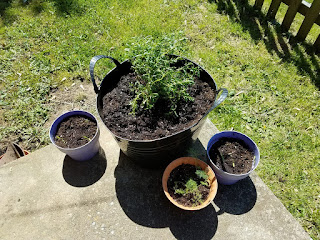 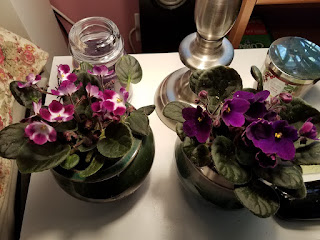 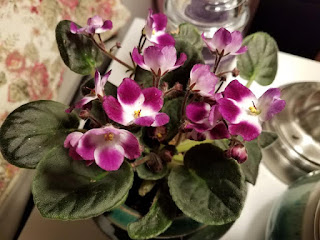 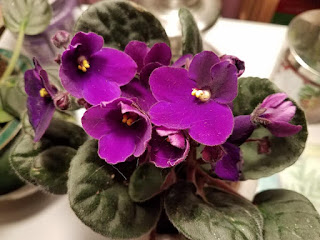 I also have a new orchid blooming: 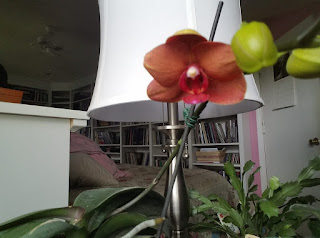 So my bedroom is full of plants: 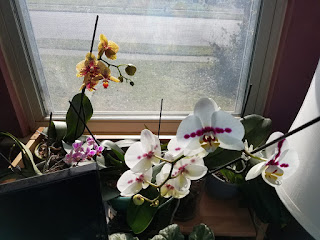 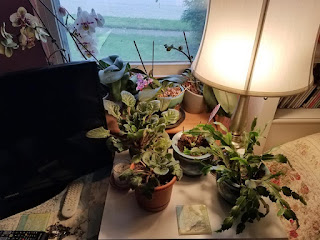 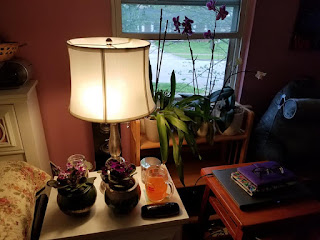 Such lovely flowers in your home. African Violets!! I once tried growing them in the lab using artificial light and they did very well. Your orchids are amazing, orchids grow so well here in Malaysia and we have many many varieties. I recognise some of yours here in our nurseries. They last a long time but so sad they take so long in-between blooms