Sixteen boxes packed and one peace lily that constantly needs water replanted in the lavender pot (it had died, and the pot is a nice cobalt blue and larger than what the peace lily was in, plus it has an attached saucer built in. The peace lily is going on the floor in the room I'm going to be sleeping in--which is technically in the living room, not a bedroom--in front of a shady window.)

I did spill some soil on the carpet, and my vacuum is over at YKWIA's, so I will need to retrieve it tomorrow. Anyway, I think it's time to work on notes, now. Time to turn off Pandora and listen to the game instead. I also need to water the other houseplants. Two orchids are still blooming (in fact, the yellow one sent another shoot off of last year's stem and has five blooms and a bud on it, and the pink one that started blooming in March is still going strong). I've been going through things and rearranging them so I can get around things. I've also been throwing or recycling things as I go. There are two-and-a-half big bags of recyclables, one and a half of trash, almost two, and a small grocery bag full of drink lids, which one of my co-workers collect for some form of charity purposes. I'll take the bags out later--that's not got a time limit for today, whereas the notes do. So it's next on the list. I also have a (small) collection of books to take (remember, it's a book case bed), a few I want to read, a few to study (mainly Latin, Greek, and Hebrew, all of which I'm getting rusty with), and then there are a couple I just need to take--my workbooks on hoarding and anxiety/phobia disorders. I've also gotten my important papers and identification papers together, like my birth certificate, passport and passport card, business licence, and librarian certification, that sort of thing. They're definitely going with me, and not into storage.

Okay, on to notes! 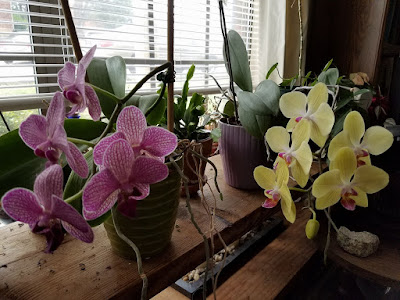