And here is the orchid :) 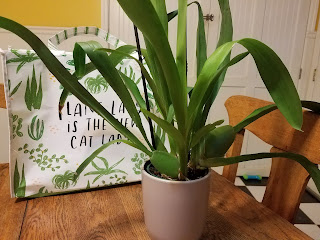 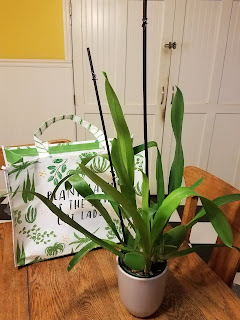 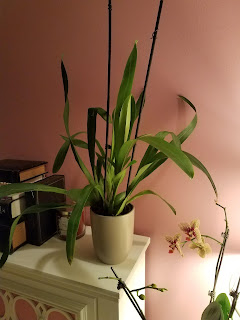 Brenda also gave me the bag, which says 'Plant lady is the new cat lady.' :)  As I'm writing this, the kitten has discovered the orchid. I've moved it to the nightstand so it's in front of the window in an eastern exposure, and the leaves are rustling with the fans going on above.  I'll have to watch him.  Orchids aren't toxic to cats or anything, but I don't want him eating on them.  He's gotten so big--almost as big as the black cat, and he's absolutely adorable.  I guess he's eight months old now. :)
Posted by Eilir at 23:59