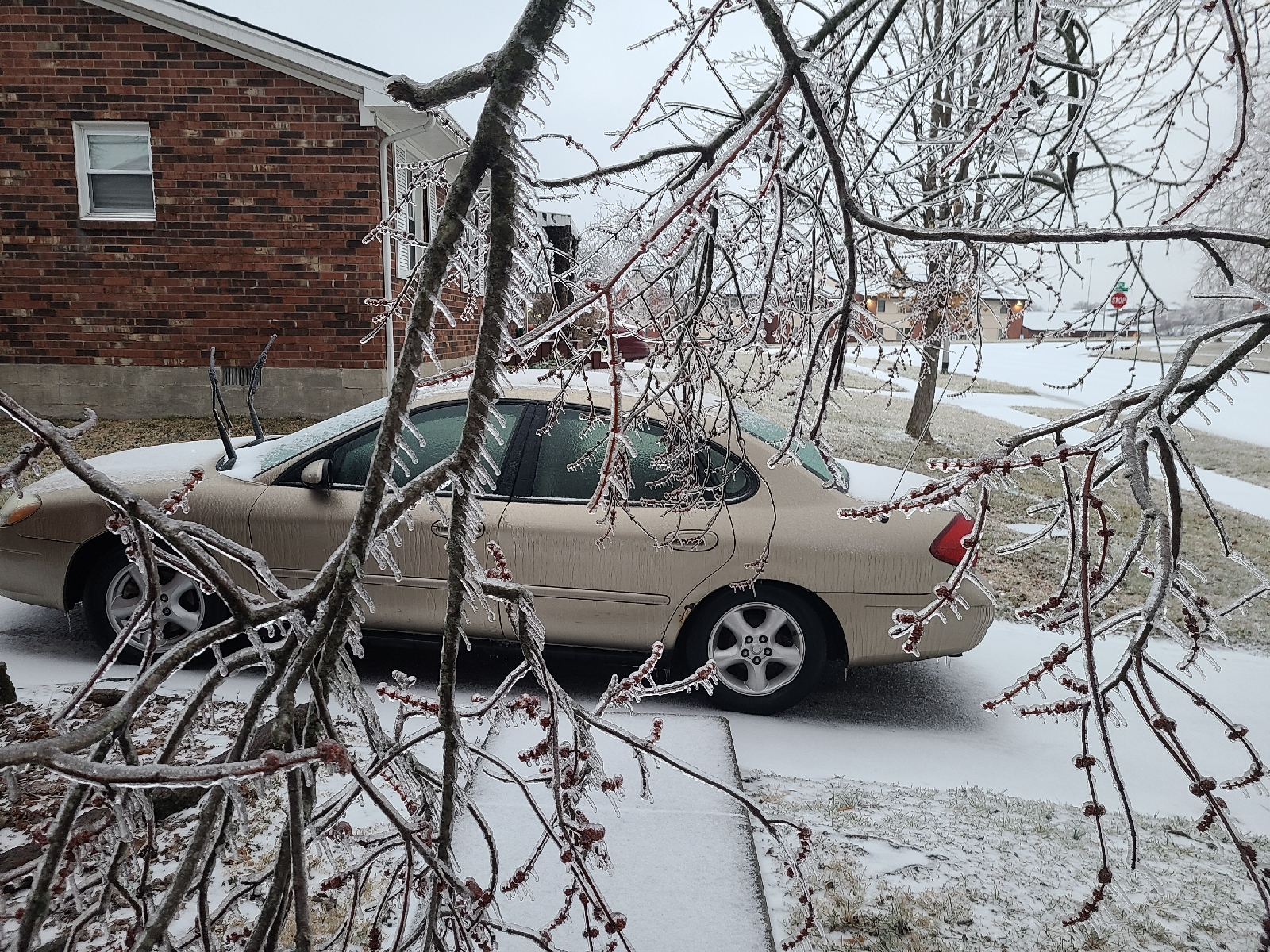 A bottle of deicer I bought on Amazon and had delivered last week got me to work this morning, a little late, but overall it went pretty well. I got the car door open within a couple of minutes.  It took another hour or so to get the windows as clear as I could of ice, and then a slow trip for the four miles to work.  I usually clock in at 8:30 am, and I made it there between 9:10 and 9:30 am (I'm not sure of the exact time, as I was kind of tired by that time and was just thankful to have made it to the Orange Lot at UK, walked to the shuttle, rode the shuttle, and then walked from the other side of the UK hospital to my workplace.   The only dicey part actually was crossing South Limestone at Conn Terrace, especially as the sidewalks were clear and salted, but didn't have the little bit of snow on them for traction.  The pictures are of what I found outside the house this morning.  The trickiest part was getting the limb off the porch without falling off the porch.  This is now the fifth major ice storm I've been in (four in Kentucky, one in South Carolina of all places, with seven inches of snow right outside Myrtle Beach, where I lived when I was about five because there was an Air Force base there). Anyway, I managed to get a lot of work finished because there weren't many e-mail of phone call interruptions. :) I got home after 6:30 pm because I had to go to the pharmacy (I was out of insulin pen needles), get gas, and get a few things at the grocery.  It was definitely re-freezing once the sun was down.  Now I'm safely at home, letting the bread dough rise, and thankful to be inside.  We lost power for just a couple of hours last night. Fingers crossed, I hope we don't have a repeat, as I couldn't sleep without my CPAP that whole time.
Also, a big thank you to the gentleman who, seeing me struggle to spray and pry ice off of my gas cap cover for five minutes, help me get the last of it off so I could open my tank and fill up.
Posted by Eilir at 22:14